Search
Everyone Counts: Make Sure People Experiencing Homelessness Are Part of the 2020 U.S.Census 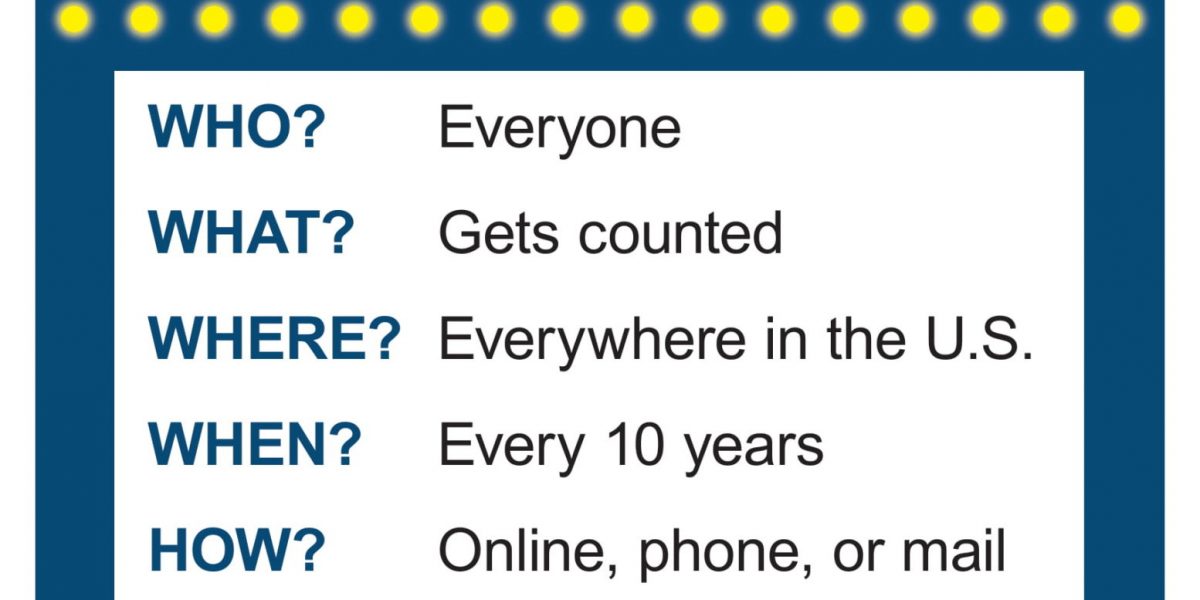 April 1st is Census Day! Our voices matter, especially during a pandemic. Replying to the Census is safe and easy to do remotely and doesn’t require in-person interaction. Households should have received a mailing with a unique identifying ID code that they can input at 2020census.gov. If taking the census online isn’t an option, households can also reply over the phone and have access to 12 non-English languages. Households and individuals can also respond via mail in mid-April, as they will receive a paper form and an already stamped and addressed envelope in which to send the Census back. Participating in the Census is important and helps allocate billions of dollars in funding as well as crucial political representation at every level of the state.

How to respond to the Census: https://2020census.gov/en/ways-to-respond.html

The Census Bureau remains committed to getting a complete and accurate count, even as the situations changes rapidly. Many of the Coalition’s participants fall under the umbrella of Service-Based Enumeration (SBE), which is three-day period during which the Census Bureau will directly interact with service providers in order to enumerate as many people as they can at those locations. This includes locations like shelters, food pantries, and mobile food vans. Depending on the size of these locations, census enumerators will either individually interview each participant or will gather a list of participants and their demographics from provider administration. Initially, SBE was slated to take place between March 30th and April 1st. However, the Census suspended those plans and reached out to service providers to learn more about what their operations status is looking like. As of March 23rd, the Census is planning to conduct SBE from April 29th to May 1st. In the meantime, they are urging service providers and other Group Quarters locations to use the eResponse process if they are not already committed to doing so. The eResponse process allows providers to confidentially and electronically share records of their participants with the Census and eliminates the need for an in person visit.

The Census also plans to extend the period of time in which they will be enumerating Targeted Non-Sheltered Outdoor Locations (TNSOLs), which are outdoor areas where people are living such as encampments, underpasses, and sidewalks. The Census now plans to enumerate these locations from April 23rd to May 18th. Enumerators at these locations will do a headcount of the people they see staying there and will not be conducting in-person interviews.

The Census is also extending the period of outreach they do for Non-Response Follow-Up until August 14th, as their field operations are currently suspended until April 1st, 2020. The Census also plans to delay the start of their Mobile Questionnaire Assistance programs, which are non-permanent help centers that are designed to help people answer questions they have about the Census and assist them in being able to fill it out on their own. They were initially slated to begin operations on March 30th but will now be delayed until April 13th. More information is to come in the following days but taking the Census remains safe, easy, and important.

Thank you to everyone who joined us for our five trainings in cities across the state during the month of February to help ensure that all people experiencing homelessness in Massachusetts are counted as part of the 2020 United States Census.

Thank you to our training hosts in Boston, Hyannis, Lynn, Springfield, and Worcester.

These trainings brought together advocates, providers, community members, people with lived experience, Census Bureau staff, and local Complete Count Committee members to work on best practices and effective outreach and engagement strategies in order to assure a complete count of people experiencing homelessness for the 2020 Census. We talked about the importance of the Census, barriers to a complete count, and discussed questions and concerns.